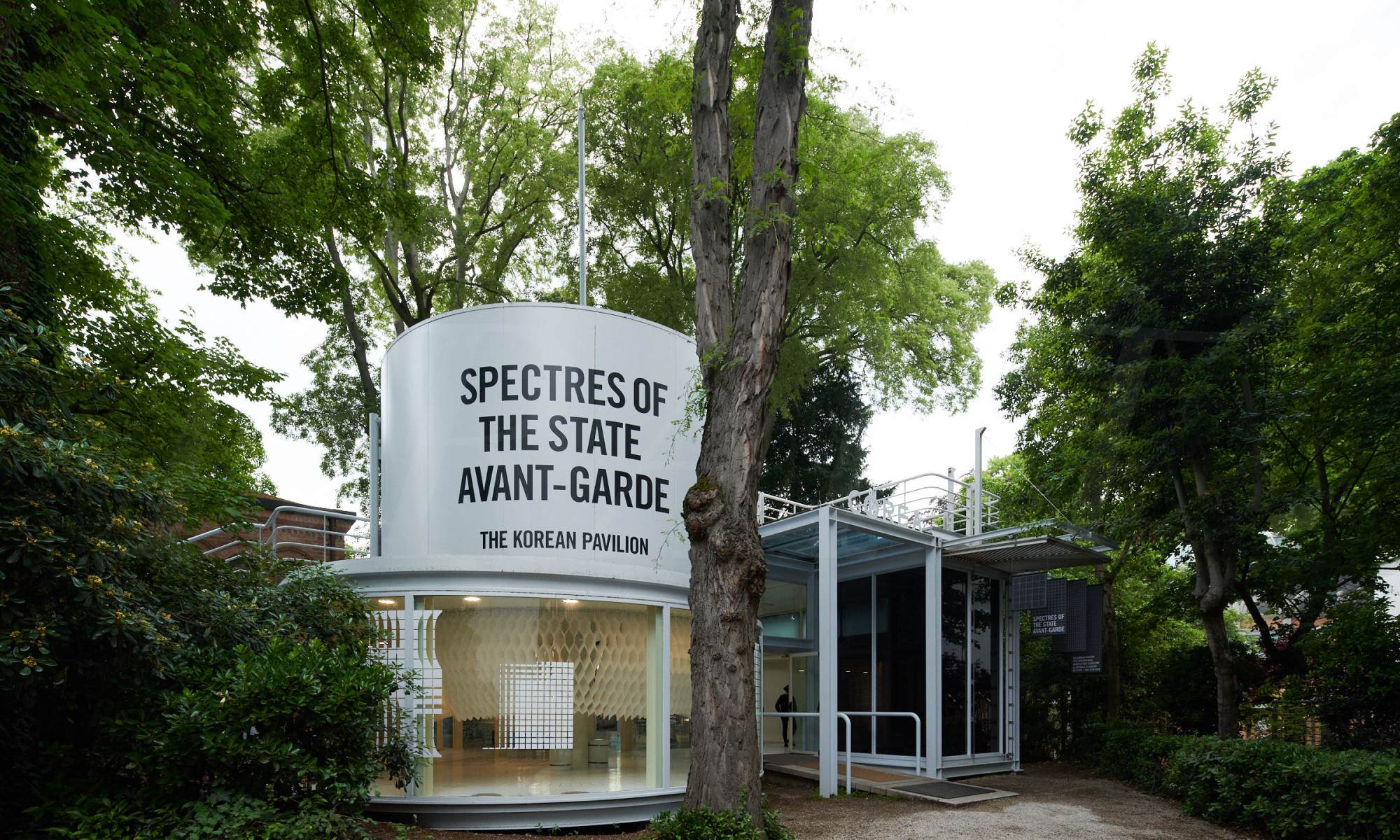 Dreaming of Civic Space in a Dystopian State

Looking rather docile and stiff at the podium, Kim Swoo-geun, otherwise known for his braggadocio and blatant disregard for formalities, is dressed in a dark business suit and straining to read from a prepared congratulatory speech at the opening of a symposium for highway construction technology. Kim Swoo-geun, still in his late thirties, had just been promoted as the head of Korea Engineering Consultants Corp. (KECC) in April of 1968, but he and his team of young architects had been involved with KECC since 1966 when Kim officially merged his atelier with KECC to form its Urban Planning Division. This awkward cohabitation, which lasted for three years until Kim and his team left KECC to establish the Laboratory for Human Environment in 1969, produced some of the most ambitious and experimental projects in the early years of Korea’s modern architecture. Unlike Raphael Hythloday in Thomas More’s Utopia, who refused to serve the prince since “the difference is only a matter of one syllable……between service and servitude”, Kim Swoo-geun, who would later earn the nickname “Lorenzo of Korea”, eagerly cemented a tight, and often mischievous alliance with the military leaders of Korea’s Third Republic. Was it a patriotic desire for rebuilding the poverty-stricken nation that motivated Kim Swoo-geun’s service to General Park Chung-hee, who was not exactly a philosopher-king, or was it Kim’s selfish desire to satisfy his inflated ego as an architect-hero that made him politically blind and mute? Perhaps Kim and his team of young architects understood that the only way to carry out their avant-garde agenda was through state sponsorship, or they understood active resistance was futile and would result in expulsion and exile, as was the case with Kim Joong-up who went into exile in France until 1979.  The only option left for them might have been a retreat from reality and escape into the realm of the imaginary.

For South Koreans, the decade of 1960s began with a burst of optimism when the April Revolution—a student-led political uprising in 1960, successfully toppled Syngman Rhee’s corrupt regime. But the military coup d’étatof 1961, led by General Park Chung-hee, quickly extinguished the flame of hope for cultural openness and individual freedom, and instead ushered in two decades of brutal authoritarian rule. The Third Republic of Korea, followed by the Yushinconstitution of the Fourth Republic which prolonged indefinitely the totalitarian repression justified by the imminent threat of war, was a Platonic prototype for a dystopian state. The complex web of historical events that unfolded during 1960s undoubtedly laid the foundation for the Republic of Korea, but many older Koreans prefer to erase their memories from the sixties, or drastically revise them to suit their politically biased historical narratives. It is critically important, however, to put together all of the loose historical fragments from the postwar fifties and sixties into a plausible narrative because the first generation of Korea’s modern architects launched their careers during this time, establishing a formative legacy that still remains mostly undocumented and incomprehensible today. By salvaging the faint images and drawings left by the visionary dreamers of these years, a new generation of architects today may reawaken forgotten spirits, which will inspire them to dream of utopia, once again.

Unlike the conventional history of built monuments, a story of utopia deals with the unrealized dreams and desires for a new world, and it is this story of the “other half” that made the brutal decades of 1960s tolerable for Koreans. The tales of their yearnings for a better future was a story of resilience and defiance, and their reality would gradually begin to resemble their fantasy. As Lewis Mumford observed, “the cities and mansions that people dream of are those in which they finally live……and out of generous dreams come beneficial realities.” The first generation of Korean architects were civil and cultural leaders who first visualized the “generous dreams” for the Korean republic, and it was the architects of KECC who were at the vanguard of Korea’s utopian enterprise. But many of their projects and activities have received little or no critical attention by scholars and historians, who dismissed them as willful fantasies, or mere political propaganda never meant for realization. By sorting through the ashes of their dreams, the history of the other half of Korean modern architecture will eventually be able to offer a composite portrait of the emergent identity for Korean architects, and the story of KECC forms the core foundation of this nascent discourse. Kim Swoo-geun addressed his fellow architects and engineers of KECC on the day of his inauguration as its second president with a grandiose rhetoric, befitting their utopian mission: “Our era is asking our KECC to be the flag bearer of the new century at the forefront of technological revolution for the world civilization. In an era characterized by a serious loss of humanity, our great task is to tackle many projects for creation of better human environment through technology.”[1]Boldly proclaiming the “loss of humanity” as the condition of their era, Kim and his team tirelessly carried out a series of progressive projects that collectively sought to restore human dignity through new forms of urban public space.

In their urban master plan for Jongmyo-Toegyero Corridor, with the Sewoon Arcade as its anchor project, Kim and his team proposed a new form of public space, unprecedented in Korean urbanity—a pedestrian-only public promenade. The elevated deck removed from the travails of city life below was again the main civic feature in their subsequent proposal for the Yeouido Masterplan. Their design for Yeouido was essentially an expanded version of the Sewoon Arcade, where the elevated promenade of Sewoon was stretched and multiplied to become an elevated public plaza spanning six rows of megastructures. This wide expanse of free space formed the core of the ideal city of Yeouido, where its citizens would exercise a full liberty to determine their own paths. Their vision for the new civic space of Sewoon and Yeouido also radically challenged the established notion of land ownership, in that their plan required a vast amount of public investment and legal readjustment of property rights. “Private land ownership in an urban setting,” explained the architects of KECC, “merely means a temporary right to use the space above the land.” For them, the land was not a form of private property to be subdivided for sale and accumulation of wealth, but a “natural core of a city” and an “abstract concept” rather than “real estate.”

Their obsession with the streets and the voids between buildings may have stemmed from their vivid memories of the heroic events that had unfolded in the ordinary streets and vacant lots of Seoul and other regional capitals. The architects of KECC recognized the urban streets and outdoor public spaces to be an ideal arena for civic activism, and their projects relentlessly sought to expand them. “The citizens possess an inherent right to their city,” proclaimed the architects of KECC in their final report for the Yeouido Masterplan, “and they will be able to experience a new form of urban life by exercising their rights.” Despite the scars from the violence of military coups and massacres, which deformed many public spaces into battle fields, and despite the ill-conceived layout of many public spaces, blatantly configured and fine-tuned for surveillance, emergency drills, and military parades, Korea’s urban public spaces retain their allure as a unique venue for expression and expansion of civil liberty. Undaunted by the totalitarian regime who justified their rule of terror by perpetuating a myth of inevitability of war, Korean citizens repeatedly risked their lives on city streets, public plazas and university campuses for massive pro-democracy demonstrations throughout the past fifty years. This succession of civil defiance—the April 19 Revolution (1960), the May 18 Democratic Uprising (1980), the June Struggle (1986), culminating in the recent series of peaceful street protests, now known as the Candlelight Struggle (2016-2017), transformed ordinary urban environments of Korea into sacred sites of civic resistance. Today, architects once again occupy a uniquely privileged position within our society. Avant-garde artists and architects understand the dehumanizing effects of totalitarian dystopia, and architects, in particular, can make direct impact on the course of social progress by revising the environmental context ahead of social change. As the utopian dreamers of KECC remind us, architects today must once again “assume the position of an ordinary citizen to breathe and feel together with them. All thoughts and ideas must be based on a feeling of affection toward the citizens. All attempts and aspirsations must be derived from a position of creative servitude toward the citizens.[2]